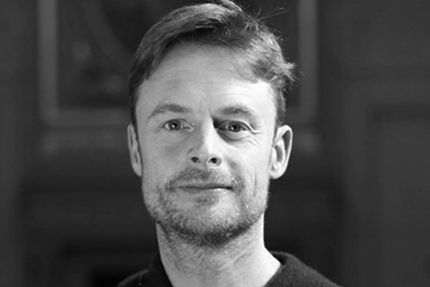 He is arguably the most coveted ballet choreographer on the planet.

Certainly his finely crafted work is the equivalent of a Prada pump — what all the best ballet troupes want to be seen in this season.

Chrostopher Wheeldon in his own words

Dance has been my way of life since I was a child and I'll never give it up — it really is my reason for living.

Wheeldon has been compared to ballet masters George Balanchine and Jerome Robbins. Born in England, he was working on his own inimitable style in New York for a few years, and now he is translating magical English classics into language of contemporary choreography — Shakespeare’s The Whinter’s Tale and Lewis Carroll Alice In Wonderland.

Wheeldon was born in Yeovil (Somerset, England). He began lessons at the East Coker Ballet School when he was eight years old, enrolled in London's Royal Ballet School at age eleven and trained until he was eighteen. While he was still studying, won the Gold Medal at the Prix de Lausanne competition with a solo of his own creation set to music by Benjamin Britten, leaving behind 120 applicants and 15 finalists.

Being encouraged by a renown choreographer Kenneth MacMillan, Wheeldon continued his choreographic researches — both in Great Britain and in USA, where he danced with the New York City Ballet for a few years. He retired from dancing to concentrate on choreographic work in 2000, when he was 28: Wheeldon became first-ever artist in residence of the New York City Ballet, a position created just for him. His first choreographed ballet as resident artist was Polyphonia. It was given its world premiere in January 2001 and received excellent reviews on both sides of Atlantics.

Furthermore, Wheeldon created his own ballet company Morphoses / The Wheeldon Company and collaborated with Alastair Marriott on the closing ceremony of the London Olympic Games.