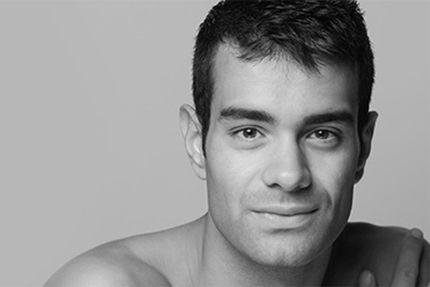 Born in Vibo Valentia, Calabria (Italy), and trained at the La Scala Theatre Ballet School in Milan where he graduated with full marks in classical and contemporary, the only one in two hundred years history of the school.

He danced with The Royal Ballet, the Teatro dell’Opera di Roma and San Francisco Ballet, where he joined as a soloist and was promoted to principal within six months. In 2013 he joined Het Nationale Ballet and the following year was nominated for “Audience Favourite” for his first year with Het.

Vito is the winner of the Prix Positano Léonide Massine 2010 and the Danza&Danza award as “Best dancer of the Year 2009”. He is a guest artist with Teatro dell’Opera di Roma, The Hong Kong Ballet, Finnish National Ballet and Arena di Verona.

During the Season 2014/15 he created a group of dancers from Het Nationale Ballet called “Vito Mazzeo & Solisti Het” to tour around Italy introducing for the first time Dutch National Repertoire to italian audience. In May 2015 he returned as a Guest Artist with the San Francisco Ballet to celebrate Yuan Yuan Tan 20 years career with SFB dancing Romeo & Juliet.